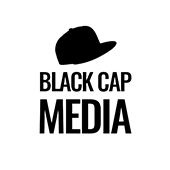 Sekerat "SON" is a death story. The life of Seda, a young painter, is shaken by the traumatic events she has experienced one after another. The mood deteriorates more and more. Meanwhile, he turns to the other world and falls under the influence of dark forces. Unable to understand the reason for her fears while making connections against her will, the woman finally confronts the truth. Seda, whose life was shaken by events and mood, had no hope for the future.

She wants to pay for her suffering and experiences. For Seda, which they lived at the time of death, they were much more than what they experienced while alive. Cardiac massage, which is necessary to bring Seda back to life, is the beginning of unexpected events. During the CPR, his soul leaves his body and returns again and again. Seda, who turns to the other realm during these tides, falls under the influence of her dark forces. Unable to understand the reason for what she went through while establishing connections against her will, the woman finally confronts the truth.

Sekerat “SON”, a horror-psychological thriller that tells about the frightening journey of events that can only be observed by the deceased at the time of death and the drunkenness of the moment of death (Sekerat-ul mevt), will tell the audience that the secret of death is not just the visible material aspects of the beings. It will reveal many cannabis by lifting the veil of matter and energy. The drunkenness of death (sekerat-ul mevt) really comes: "Here (O human!) This is what you have been running for all along." (cuff: 19.)